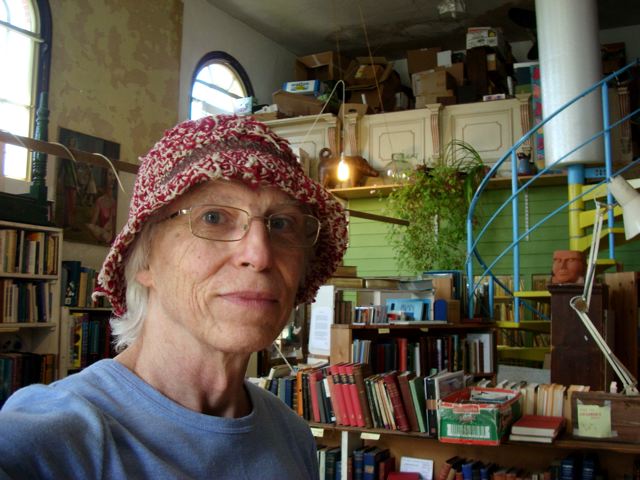 I am Bob Jackson. I am in no way qualified to do this job. I do not have the knowledge, temperament or aptitude to spend all my time mooching around books. Nevertheless, this is what I find myself doing, like a permanent holiday.

My mother bought this building for me in 1977 when property here was cheap. I had been a recluse for some years, painting and writing and living on welfare ('the dole'). I had no money and no idea how I might earn a living. For a few years I put on art exhibitions here until 1982, when I started to sell books in a small way.

Then it was main life. The business grew, and the painter Tessa Newcomb and I had children.

In 2001, my friend Richard Hamburger decided to give up his Drunken Boat bookshop in Southwold: I took it on, calling it the Pinkney's Lane Bookshop. However, this meant that I had to employ people all the time to keep both places running, and I found that I was neglecting the Chapel. As the Chapel was also my home, this was not good. In 2003 Marion Vandome took on the Southwold shop (calling it Southwold Books), and I reverted to being in one place.

The Chapel had been famous for its organic disarray, and was valued by many people as a refuge from all the rationalising tidiers-up of life and of people's worlds. With a certain detachment due to the Southwold shop not being my home, I had enjoyed playing a different part there, making structural changes to it and keeping it trim. So that, when I found myself back in the Chapel with it's welter of stuffs now feeling run down, I approached it with some of this detachment. This led to big rationalisations, and the building of rooms and a floor, so that domestic storage and unpriced books could be separated from the public shelves, and the books could be better cared for.

A lot of people have told me how they miss the way it was. It is a loss, but I was ready to move on and see what would happen next. Despite the changes, it remains remarkably benign, and is kinder to the books. 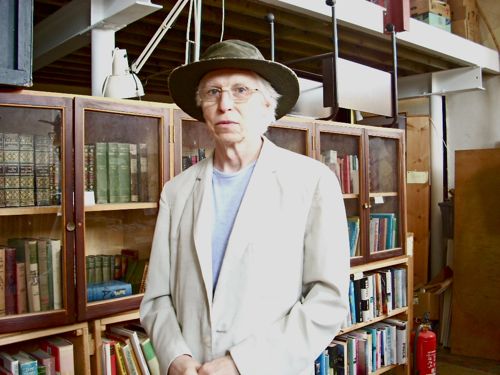 Many people have helped in the shop over the years, including Harry Tatham, in a variety of capacities for over a decade, China Miéville, who worked here briefly in his youth, and unknown customers who have minded it at a moment's notice. These days, the unexpected visits of Tyona Campbell counter the entropy as if by magic, and in Juliet Bullimore I am blessed with a helpmeet.

[the striking mixed media photocollage on the home page is by my daughter, Tiggy Gabrielle Jackson Newcomb]